The home page of CNN.com reads "Carnage in India" right now. Images of blood splattered train station floors and twisted metal accompany the stories. I turn on the BBC World News channel and see all the latest information about the gruesome, coordinated terrorist attacks on Mumbai, attacks that started hours ago and have yet to be contained. I read and I watch all of these things, and yet I can't wrap my head around the fact that the big, beautiful, complex nation I visited in August has fallen victim once again to such violence and bloodshed. Still I hope for India. I hope because when I was there I saw a place with so much potential, a land rich in natural beauty and culture and kindness and decency.

As I watch this awful news, I keep thinking of a conversation we had with our Indian guide in Manali, a sleepy mountain town in the Himalayas. Our guide was my age, and he had lived in India his whole life. He spoke about his homeland, and he spoke frankly about India's flaws; the remnants of the caste system, the history of religious discord and terrorism. Whereas we Americans had only experienced terrorism a couple of times in our lives, he and his fellow country men had always known it. It was simply a fact of life. Yet despite these things he was deeply proud to be Indian. He spoke about his country with love and pride and hope. He talked about the importance of family so intrinsic to Indian society. He extolled on the virtues of India's beloved cricket, not just a sport but, as he referred to it, a "way of life" . Tonight as I watch parts of India's largest city burn and hear reports of fatalities and hostages, I think back to that conversation we had in Manali, on our way back down a mountain on a clear, cool day. I think of this man, or kid really, and I think of the look in his eyes as he talked about his home. I think of the news coverage of India's first ever gold medalist. Here was the least likely sports hero ever, a thirty something guy in glasses who had won his medal in rifelry. And the entire country went nuts over him. There was such pride and such joy in the fact that he had brought a single gold medal home. It didn't matter that it wasn't a glamorous sport or a high profile win. And that's how it was covered, like the guy had just walked on Mars or something. It wasn't just a medal won by an athlete for himself. It was a victory for all of India.

Tonight I think of the thousand other moments over the course of two weeks when India revealed itself to me, little by little, as a country so much more than what I had read about or seen on the news And when I go to sleep, I'm going to close my eyes, and search for the India I remember, the one underneath all of the current images of chaos and senseless violence. I'm going to close my eyes, and send all of my own hope east. 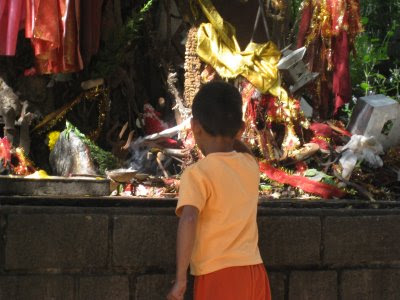 At a Hindu shrine outside of a temple in Manali 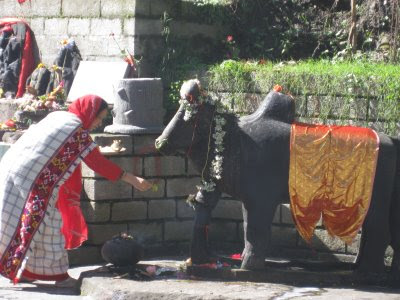 Outside of the same shrine 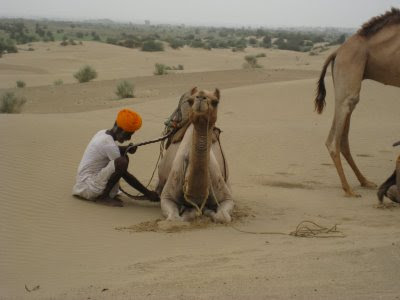 In the desert of Rajahstan
Posted by Unknown at 9:18 PM

A state spokesman put the death toll in the attacks at 78. Gunmen have taken over the Taj Mahal Hotel and Hotel Oberoi and are holding guests hostage on multiple floors.
--------