So I realize my first couple of posts back have been a little heavy, so I thought I would move forward with some happier things. Five happy things in my life right now to be exact. 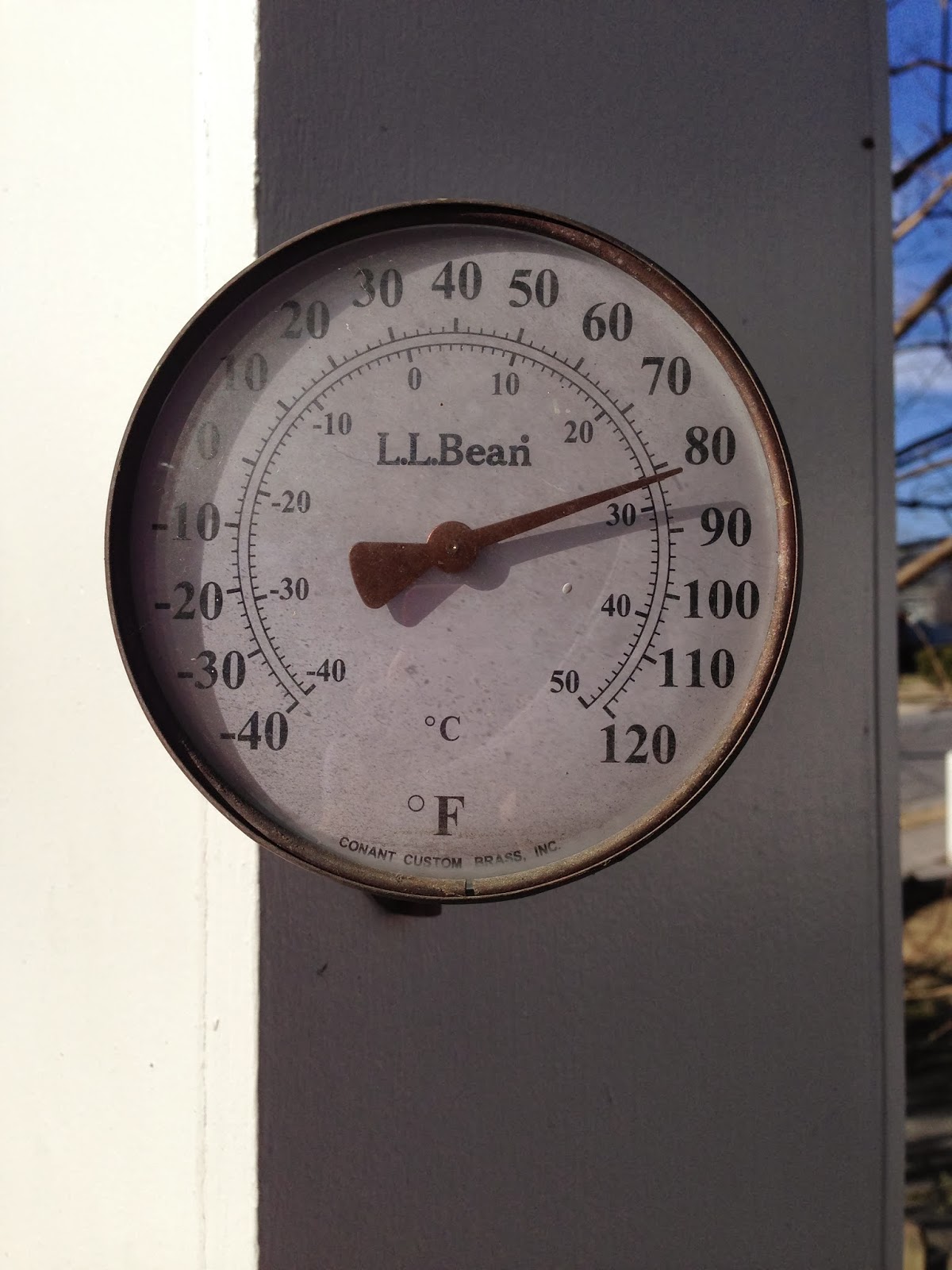 It has been a long winter, a long, long winter. Here in Richmond it's gotten to the single digits, on several occasions. This may be normal for Canadians, but this is not normal in Virginia. One morning I literally could not get my driver side door to shut and latch, because it was FROZEN solid. Same goes for trying to open my iced over windows on another morning. I don't know how many more times my car can freeze in one winter before it just cracks right down the middle. I normally don't mind winter. I love warm coats and wool scarves and cozy fireplace nights. But I am done with this particular winter, ready to kick it to the curb. Which is why the last two days have been so lovely. I have tried to be outside as much as possible, soaking in the sun. Now that I am a co-parent to a dog, one of my favorite warm day activities is exploring my new neighborhood with my dog on 4 or sometimes even 5 mile walks. I've lived in Richmond my whole life and thought I knew most of its nooks and crannies, but until you live in a neighborhood you don't really and truly know its detail and texture. I am discovering so many hidden streets nearby, and some of the most massive houses I have ever seen in this city. 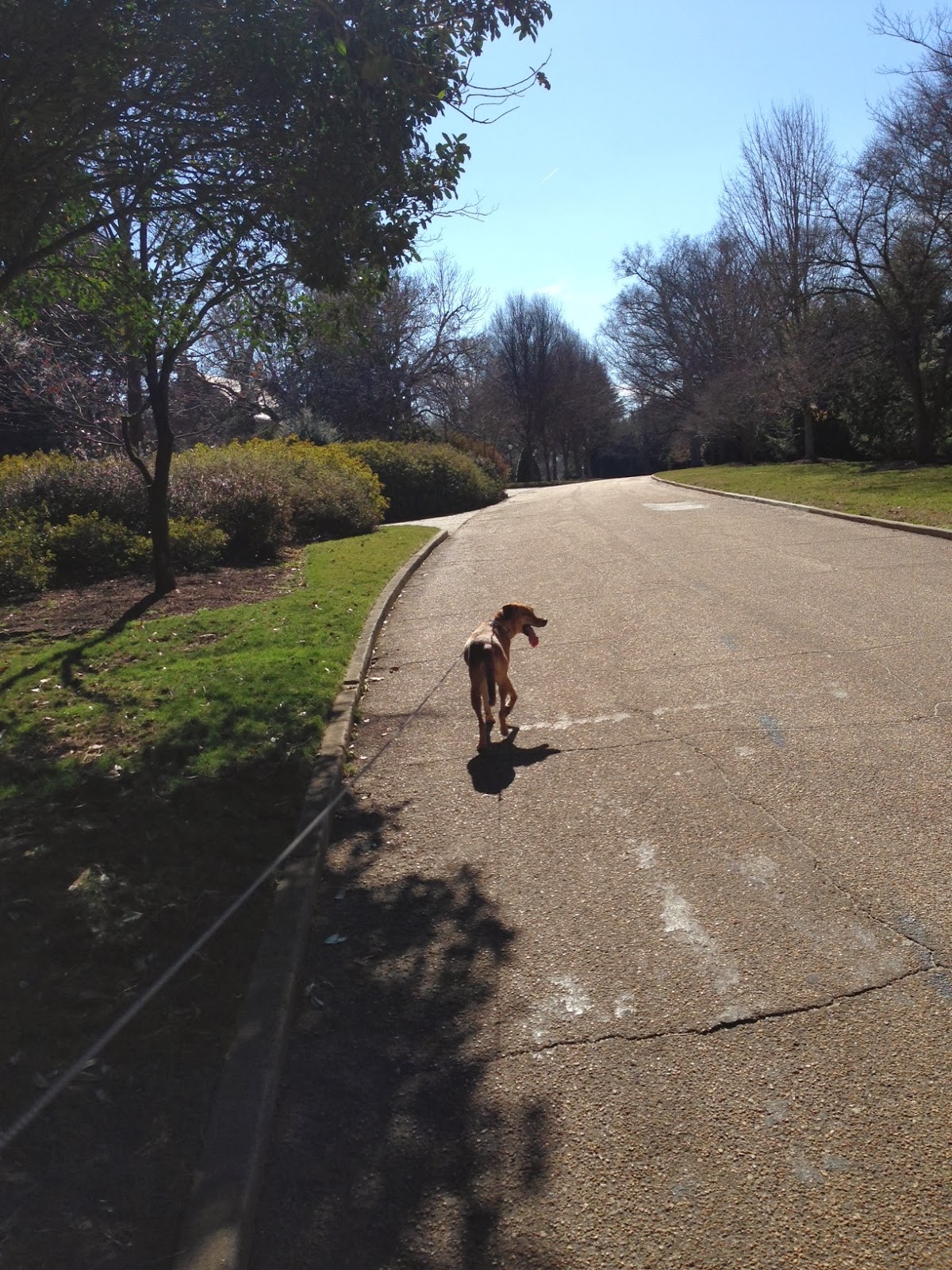 2. Spin class. More specifically Tidal Wheel spin studio. I tried it out for an article I wrote for Richmond.com, Unique RVA Gym Alternatives, and as soon as I finished the first class I turned to my fiance, Rob, and said parts of that were harder than running a marathon. I may have been post-workout delirious, and that may have been somewhat of an exaggeration, but it is by far the most intense total body cardio workout I have ever experienced. Your heart rate goes up, way way up, and stays there the entire class. I always leave drenched in sweat. There is always a moment during every class where I think, I can't do this anymore, but the best part about spin class is that you are literally clipped into your bike. They make it very difficult to make a graceful exit if you want to quit. Tidal Wheel's studio is right down the street from my house so I can walk there, and it's become something I do 2-3 times a week. I always thought spin class was just biking really, really fast, but there's so much more to it than that. You do push-ups, use weights, and do all manner of crazy moves, all in a dark room with loud music and instructors so cheerful and motivating that they must down 10 shots of espresso before a class. I have zero coordination so it's a challenge for me to simultaneously pedal my feet and do other things, but that's part of the reason it's such an intense workout. I recommend it to anyone as long as you have no heart condition. Please do not do Tidal Wheel if you have a heart condition. As an RN I can safely say your heart would probably explode.

3. My local haunts. I moved out of the Fan last fall and the thing I was most sad about leaving behind was the Fan's awesome (and walkable) restaurant scene. Luckily I moved into a neighborhood with, while not quite as large, an equally delicious and convenient group of restaurants. In no particular order, my favorites are The Continental, Cafe Caturra, Super Stars, Palani Drive, Boyer's Ice Cream, Blue Goat, The Grill, and Sweet Frog. Do you see why I've had a hard time cooking frequently? As a city girl since I was in middle school, when I'm trying to think of a restaurant, I mostly focus on those in walking distance. I can never get over people who want to drive to a restaurant less than a mile away. Unless it's freezing or raining, why not make a meal even more pleasant with a little pre and post walking. I have far too many yummy options within a stone's throw of my house. And I didn't even mention the chains at Willow Lawn or the beyond incredible markets like Yellow Umbrella and Libbie Market. Clearly now you can see why I've really gotten into spin class. I need to burn those 500-600 calories in order to not gain 100 pounds living here. 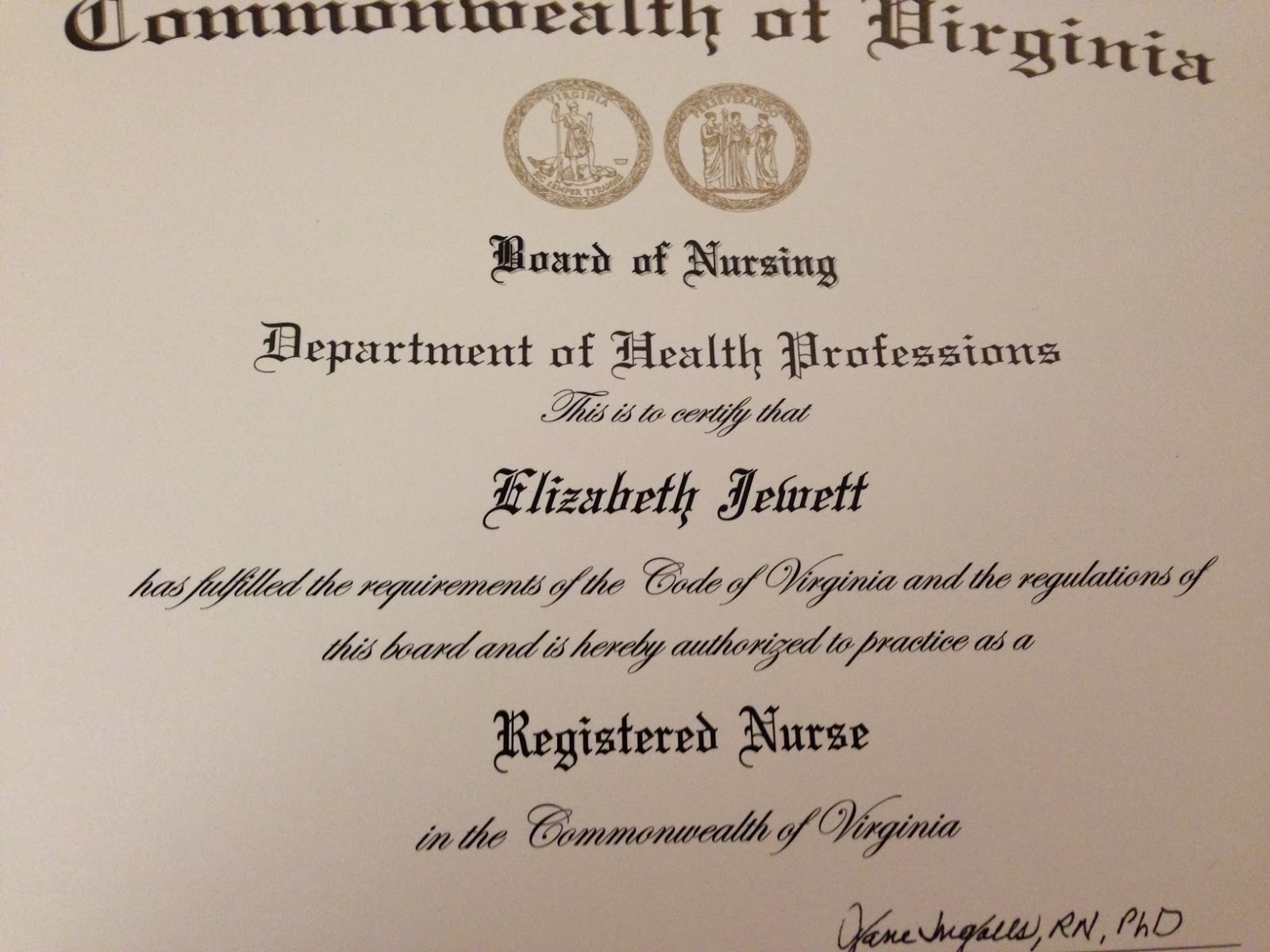 Confession, whenever I have to fill out a form that asks for profession or someone asks me, I get a little thrill of excitement to say I'm a Registered Nurse. Not a nursing student, not a new grad nurse who has yet to take my boards, but a 100% official, listed in the Board of Nursing records, licensed, honest to God, fully privileged RN. I've never been licensed in anything. My previous English degree basically gave me the authority to be a pretentious know it all whenever the topic of good literature came up. And that was it. But this degree has turned me into a nurse. And I am so proud of that. I have mentioned that my job is hard, sometimes I think one of the hardest jobs in the world (obviously some other professions make my profession look like a walk in the park, such as being a deployed solider or an  astronaut who has to go outside a space shuttle to fix things). But I love it. I really do. I love being a nurse. I go to work every day knowing that what I do is important. And I leave every single day, even on the worst days, knowing I did at least one thing that helped someone. That's pretty flipping great.

5. Sherlock. I know I am late on this bandwagon. A lot late. But I'm almost completely caught up, and it's just great TV. A little silly and willing to wink at itself, but also quick and inventive, and full of Britishisms, and who doesn't love a 90 minute episode chock full of Britishisms. Also Benedict Cumberbatch and Martin Freeman may be my favorite TV crime solving pair since Scully and Mulder.
Posted by Unknown at 2:17 PM No comments:

So this was a week.

See what I did there? I promised to blog more frequently and then I went MIA again immediately. In my defense, fairly soon after my last blog it felt like the bottom fell out from under my feet. Not to get too much into the details, but my grandmother passed away, only two months after my grandfather. The fact that I no longer have grandparents in San Antonio is something I'm not sure how to begin to process. I know losing grandparents is part of life. I know at 28 I was lucky to still have three at the beginning of this year. But I did not expect to quite suddenly lose two of these people, who have been solidly a part of my life's foundation, since its beginning.

So I'm dealing and coping, and of course in the midst of this I get my second round of stomach virus this year.

And in the midst of all this I still have RN orientation on my unit, which I absolutely love, but which is almost always a little bit heavy and sometimes shattering.

And so I'm coping. I look forward to this week ending. It was a royally crappy week.

But life goes on. I look forward, to so many things, to warmer weather, to a brief trip to Vegas later this month with the fiance (SO NEEDED RIGHT NOW), to silly things like food truck food courts and new restaurants and spin classes, and to more major things like a certain September wedding.

Life goes on. If my work has taught me anything it's perspective. In fact it has rammed perspective down my throat, again and again. I have perspective coming out of my ears.

So I get it. I get what is a tragedy and what is part of life's natural course. But still, I miss my grandparents.

Still, it goes. I look forward. I'm still here. And I will be back more frequently, with less heavy topics I promise. I need a little silliness and triviality to focus on for a while.
Posted by Unknown at 10:08 AM No comments: