I run because I can. 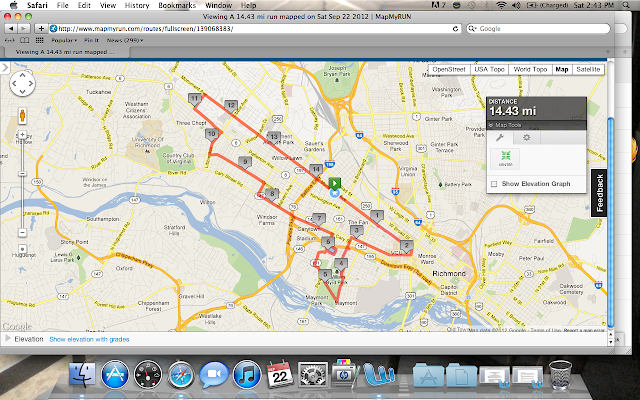 Today I ran 14.4 miles, farther than I've ever run before. And that's pretty freaking great.

I had actually been feeling a good amount of nerves/apprehension/what the frack did I get myself into sentiments related to the upcoming marathon over the last week. I didn't do a long run last weekend because I was eating oysters, drinking champagne and getting massaged instead (the burden I carry sometimes). But one thing I've realized while training is that if you space out your long runs too much, little, insidious doubts start to creep in. You forget how amazing it feels to finish a long run, forget those sweet, sweet endorphins, forget that satisfied, happy soreness and exhaustion, and start to wonder why you have to put yourself through those miles, why it's worth it.

There was a point when I started at my calendar, mapping out my runs leading up to the Richmond Marathon, and the weight of it landed on my shoulders and felt like too much. I stared at the list of distances I still had to run just to get me physically ready to attempt 26.2 miles, and it felt insurmountable. When I was training before the semester started it was one thing to give up those glasses of wine on a Friday night and sleeping in on a Saturday. But during the semester it can feel cruel. By Friday night I'm exhausted. All I want is a gallon of wine and to not set my alarm the next day. And the thought of nearly two more months of giving that up made me feel very sorry for myself.

So honestly the lead up to this long run was not great, emotionally speaking. Physically I felt good. I did two fast shorter runs (5 miles each) this week and they went really well. I had a lot of energy because I didn't do a long run last weekend, so that was a plus.

This morning when my alarm went off, I could have turned it off. I could have kept sleeping and forgotten the whole thing, said it wasn't worth it, that I could just run the half and be happy with that.

But I woke up. I got up at 7 (really not that early, but earlier than I normally would sleep on a Saturday), ate a banana and a few sips of coconut water, downloaded a couple of episodes of This American Life (I love you Ira!), did my foam roller, chomped on a Cliff bar chocolate espresso goo 15 minutes before I was going to go. 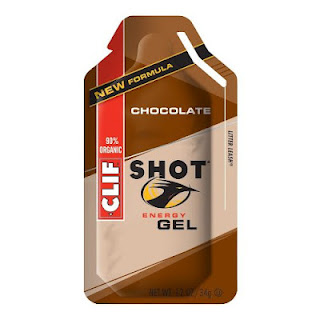 (Side note: I know some people think goos are gross but I find them weirdly delicious, and the espresso one has caffeine! which is a God send when I have to skip my morning coffee for fear of having to make 10 pee breaks during the run).

And then I was out the door. And as soon as I started to move, as soon as I made it a few blocks, I remembered why I was doing this. Everyone has bad runs, and everyone has stretches of even good runs that suck, but you run for the times when your legs feel light and the air is cool and the sky is blue and bright, you run for the early mornings when the streets are relatively empty of people and cars and you feel like the whole city has turned into one giant, runners only playground.

Most of my run today was one of those runs. Everything clicked. I've worked out a playlist that alternates between episodes of This American Life (see, I am not only running, but learning) and a handful of songs that would inspire me to run even on a broken leg (currently, Some Nights by Fun., Run by Snow Patrol, and Home by Phillip Phillips). Using music and T.A.L. episodes worked great because I had T.A.L. for boredom and the songs when I needed encouragement and motivation. This was the first time I listened to Some Nights as a running song, and it may be my new go to song for that last 10 minutes of a long run when you just want to lie down on the sidewalk and cover yourself with a makeshift leaf blanket and take a nap. It's wonderful.

Another reason my run today was good was my very wise choice to head to REI yesterday evening (in rush hour traffic no less!) and finally buy a new running water system. I've had a hip belt for ages, and I hate it so much. I've used it when I've had to, but I can't stand the thing. It leaks all over me and irritates my skin under the strap and it's just the worst. But instead of buying something new I just complain and whine about it, because I am stubborn. However I finally sucked it up and bought a handheld water bottle. There were a lot of options, but after trying out the feel of them in the store I went with the Amphipod. 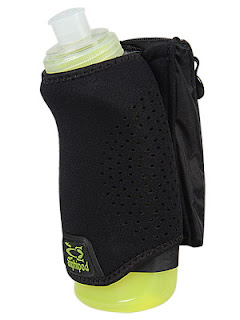 Love, love, love, love, LOVE. This little water bottle has changed my life. It is everything I wanted and more. First of all it doesn't leak, which HALLELUJAH. Second it's comfortable and doesn't feel awkward or weighty at all on my hand. It also has a teeny little pocket that's big enough for a gu, key, and credit card. It's the new love of my life, and I cannot recommend it enough.

So that helped make it a good run. But honestly what made me keep pushing and also made me remember to enjoy my run was thinking about my day yesterday. I won't get into too many details because I'm terrified of going to jail for violating HIPPA, but for the next two weeks we're doing our practicum on the Oncology Unit. And I was prepared for it to be hard, prepared to see people suffering, but I guess there's no way to really prepare for it. I was the peer leader and didn't even have an assigned patient and it was still draining, just being with the patients for short amounts of time through the day. In the other units I've seen people really sick or people who may die, but I've never seen people in more pain or suffering as much as the people on the unit. I saw young, formerly healthy people who in days had their entire lives implode with unimaginably cruel diagnoses. I saw people who had been battling cancer for years, who had been through remission and through relapse, who had fought for so long only to end up back in the hospital, with so little hope. There were people ready to die, who knew they were going to die, and who were in so much pain or could barely breathe. And maybe that was the hardest part of it all. I've learned to accept people who are suffering in the hospital or people who are dying, but separately. It makes sense for people to suffer if they're going to get better. It makes sense for people to be ready to die, if that means they can go in peace. But it's just ridiculously unfair and sad to see people who are going to die and who are still suffering, whose pain can't be fixed with any medication.

And I bring this up not to be incredibly depressing or to be a downer, but to show what was going through my head for a lot of my run today. But I wasn't thinking about these people to wallow or to depress myself. I was thinking about them as a reason to be so grateful for the fact that I'm 26 and healthy and training for a marathon. People say all the time as a comfort when something bad is going on emotionally that you should at least be thankful for your health. And it's always sounded so trite or empty to me.

But honestly it's one of the truer statements in this world. Any of us who have our health, mental or physical, should really be on our knees every day, awed with gratitude. That's how much of a gift it is. It's finite. We won't have it forever. So when we have it or while we have it, we should celebrate it, luxuriate in it, be overcome every single day by the miracle of a healthy human body.

So today when I ran, I felt like running 14.4 miles wasn't insane or ridiculous. It was me saying thank you. Every single step, every functioning muscle, every regular heart beat, every healthy drop of blood coursing through my veins, every unimpeded breath, all of it was a big, fat, thank you.

I know how lucky I am to be in a position to even attempt a marathon. I know I won't always be able to do that. I struggled a lot yesterday with what I saw in the oncology unit. And I know it's going to be a struggle the whole time I'm there and when I'm a nurse dealing with those patients as well. It breaks our heart as humans to see other humans in pain. We want to understand why and we want to fix it.

But we won't ever understand it, and sometimes we won't be able to fix it. All we can do, all I can do, is walk out my door on a Saturday morning and run, never forgetting for even a moment, what a massive gift each step is.

Even at the end of the run, when my legs were burning and I was exhausted, even then, especially then,  it was a gift. Because I have the ability to keep going, to push myself. Because my body is strong and healthy and brave, and will carry me as far as I need it to go. 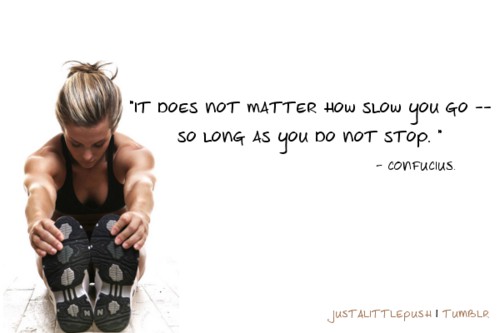