One of the things I was looking forward to most toward the end of the semester was getting a big, fat pile of books to devour now that I don't have to spend 90% of my time reading about drugs and horrible things that can happen to the human body.

I love reading in the summer. I don't think it will come as a surprise that I was that kid who got excited about assigned summer reading lists (except for all of those books about dogs or pigs that ended up with the dog or pig dying-The Day No Pigs Would Die my butt-every day was a day where pigs died, tragically-can't schools give children one book where the animal doesn't succumb to rabies/wolves/bacon?). I still wander past the "Summer Reading" table in Barnes and Noble and find myself gazing longingly at Great Gatsby or East of Eden, before I remember I already own those books and that no one likes the old, creepy weirdo in the kids section of a bookstore).

I traded in $100 worth of text books to Amazon (that I probably bought for 400, but I digress), and as soon as my account was credited, I spent the most incredible half hour feverishly picking out books, both ones I've had on my list for a while and those wonderful little surprises Amazon cooks up for you (why yes, I would like to see books other people who've searched for similar items have looked at, thanks A!)

I managed to stop at 4 (I also had to replace my ipod FM car connector-I've been listening to Richmond radio for months since I lost my old one-it is literally all Adele all the time. Maybe some 90s Aerosmith thrown in to mix things up). The tally: 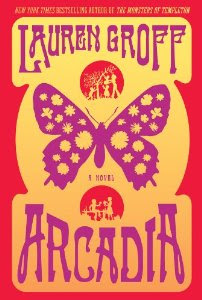 It's been a while since I've read a novel (sometimes I get on non-fiction kicks) and this one is about crazy commune hippies! What's not to love? The plot is actually a lot more nuanced than that, but I've consistently read awesome reviews of this.

Lost in Shangri-La by Mitchell Zuckoff 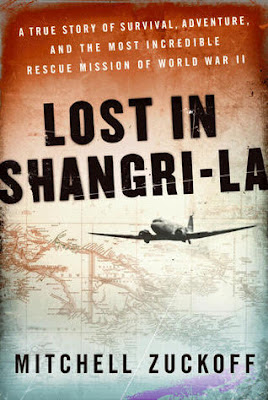 Have also heard great things about this and have had it on my list for almost a year. Loved, loved Unbroken and from what I understand this is similar, only with cannibals. 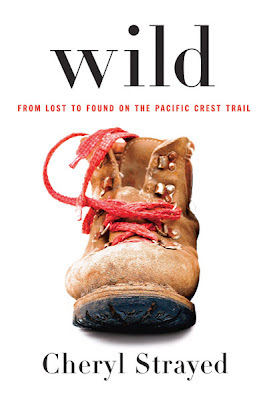 So this memoir about a young woman who loses everything and in her grief decides to hike the Pacific Crest Trail has been covered to the point of over-saturation. Strayed was interviewed in O Magazine, excerpted in other magazines, and basically hyped to the max. But I never let over-saturation deter me, particularly when a memoir gets great reviews from sources and authors I respect. I'm thinking this will be a colder, darker Eat, Pray, Love, just with a lot more fighting the elements and a lot less sex and pasta. A tragi-comic novel about the Iraq war that comes highly recommended by Karl Marlantes and Tim O'Brien (two men who have produced the two greatest war novels I've ever read without question). Yes please.

So there's my list, a little split personality-but that's always been my reading style. I am an equal opportunity reader, and I am willing to try everything. I also just now realize I got two novels and two memoirs, which I think is perfect, since I am constantly going back and forth between novel kicks and memoir kicks.

I have a couple of long ass plane rides and layovers coming up when I go to Africa, and I am so excited to take these with me :)

Now off to watch some Downton Abbey before bed (seriously, my life was empty without this show in it).