I spent last weekend in Charleston for alumni weekend, and like every time I return to my beloved city on the coast, it was jam packed with loveliness. So I'm going to have to recap the highlights: 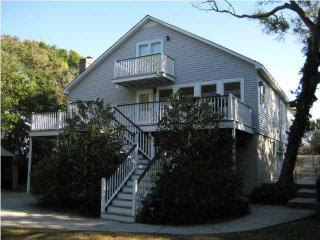 At first when I was looking at houses I was all about Isle of Palms because I am secretly 90 years old and wanted a quieter, nicer beach. But then I remembered I'm in my 20s and poor, so Folly it was! But seriously I loved staying out on Folly. It's such a happy little mishmash of an island-half dilapidated shacks full of hippies, half bemused families in nice houses who didn't realize they were staying on an island where everyone is drunk and/or stoned 80% of the time. I love all the dreadlocks, all the half naked people strumming guitars, all the college students with their corn hole and coolers of beer. And this house was perfect, more than spacious enough for 10, with a nice little porch overlooking the coastal marsh behind it. 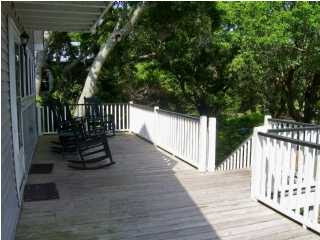 We spent most of Saturday on the beach, lounging and swimming, stopping only to do Subway and beer runs. We ate at one of my favorite Charleston restaurants Taco Boy (they do their own homemade corn tortillas and do them right, which as the daughter of a Texas woman, I know, makes alllll the difference for a great taco). 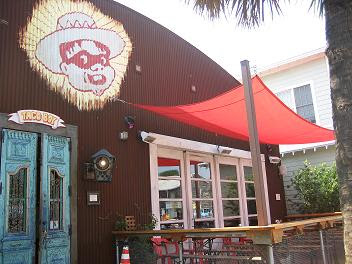 On our first morning I got up and ran on the road that runs along the water, and on our last morning I got up even earlier (I told you I was 90!) and took a beach walk. Oh, I cannot in any way describe how much I've missed my Folly beach walks. My last six months in Charleston I lived on James Island, next to Folly, and nearly every day (I was nearly unemployed minus occasional babysitting on Isle of Palms), I went to Folly and took long beach walks. These walks meant more to me than I can possibly explain, and I loved them dearly, especially once it got colder and the beach emptied. On this morning, it was early enough for the beach to be nearly empty, save for a few other walkers. The tide was high, and because Folly is slowly eroding into the sea (thanks Geology class!), the water came all the way up to the houses. I walked barefoot with the water coming up to my ankles, took big gulps of that sweet salt air that I crave so deeply when I'm away, and tried to internalize all of it, to fill myself up with the memory of that walk, to sustain me until I can come back. 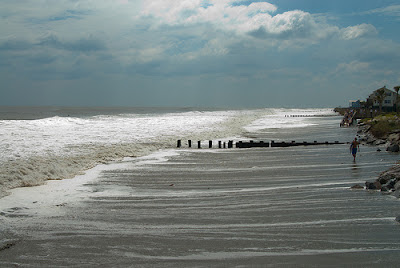 2) Going to the Charleston Affair at the Cistern on the CofC campus (the most beautiful college campus in the world btw, and no I am not biased)

I'm sorry but can you think of a better place to have a massive, boozy party than this?

And yes, this is where I went to college. I hate me a little too. But the annual Charleston Affair is one of my favorite things to do. This space transforms into this: 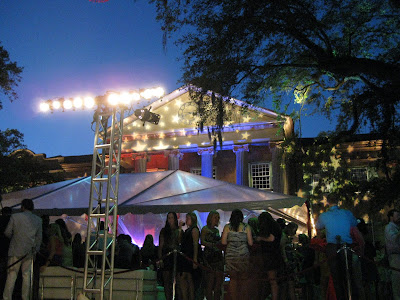 There's a band. There are multiple open bars where the wine and beer are free-flowing. There are food tents. This year, bizarrely, there was a DJ dance club tucked away by Maybank (I did not venture there). There are porta potties aplenty. And by far the best part is seeing what all the new graduates (who make up the majority of the party) are wearing. There is no better place to keep abreast of current preppy fashion trends. What I learned-Tory Burch purses (with a Chanel-esque chain strap) are in in a big way. I really forgot how rich most of the CofC kids are. Also in-suspenders! So many suspenders Half the boys looked like old-timey paper boys. 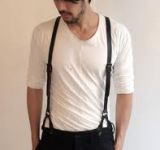 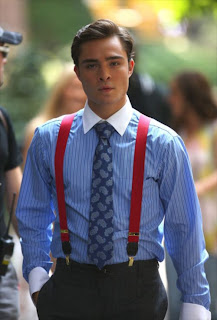 I know that CofC boys are prone to be a little dandy. But it has reached new, amazing levels. So many brights colors, so much madras and pinstripes and bowties. I am shocked I didn't see someone twirling a cane or with a man-servant holding an umbrella. Needless to say I had endless fun watching all of these Southern boys try to out fashion each other. Mind you most of these boys are also Republicans who hunt, fish, drink whiskey, and watch football. Charleston is just this miraculous place where "manly" men are also complete women when it comes to dressing. And I love it.

3) Playing tourist. We had a couple of non alumni with us, including my boyfriend, and it was the perfect excuse to play tourist. And I LOVE being a tourist in Charleston. I love the history. I love the carriage rides and the sweetgrass baskets and the house museum tours and all of the history stories and lore. I eat that shit up. But living in Charleston I had to pretend I was above it. Luckily bringing new people into the city allows me to indulge.

We went on a carriage ride, which is the ultimate tourist experience in Charleston, but so worth doing. Not only do you get to hang out with ponies (did I mention I love horses?), but you get a great history tour as you stroll past sickeningly beautiful mansions on the water. I think a big reason I fell in love with Charleston is that along with all of its physical beauty, there are just layers and layers of the richest history. I love hearing about the pre-Revolutionary war stories and love that there are still houses from that time that people live in. I love knowing that the peninsula used to be a tiny, walled in fort, surrounded by marsh, and that they were attacked by pirates regularly. I love all of the Civil War stories (minus the whole horrendous slavery part). I wince hearing about the low period, in the 60s and 70s when the city fell into slight disrepair and so many of these amazing houses were almost demolished. And I cheer when I listen to tour guides talk about all of those people who refused to let that happen, about how Charleston is the second most well preserved city on Earth (next to Rome if you're curious). I love the modern gossip about the stars who live on the battery (Bill Murray is one, again if you're curious). I love that Charleston is a city of stories, the way that once you've lived there you start to take ownership of the stories, of those historic, older than old families you hear so much about, of the bad times-earthquakes and wars and hurricanes-of the way a city willed itself to survive, and flourish, again and again.

We took a tour of the Calhoun Mansion, which I'm ashamed to admit I'd never done before. 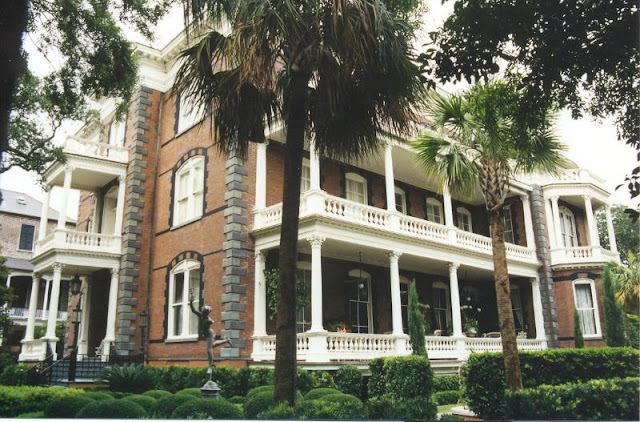 It's the largest home on the peninsula, was built by a friggin' Civil War blockade runner who made it rich and wisely kept his money in gold and silver in foreign banks (hello Rhett Butler!). It took years to complete, mostly by hand, and every inch of it is either hand carved wood or hand painted ceilings or hand-made light fixtures (by Louis Tiffany). It was a hotel briefly then a boarding house used by the US Navy (JFK lived here during this time). It stood empty for almost 15 years in the 60s and 70s, was vandalized freely, was condemned by the city and almost demolished (here's where I would clutch my pearls if I had pearls, because doesn't that make you want to weep, the thought of this beautiful house demolished-it hurts my heart to even think of it), until a very smart man bought it for $200,000 and spent decades restoring it. Prince Charles has stayed here. The interior of it was used in The Notebook (Allie's parent's house). The current owner bought it in the 2000s, and he actually lives there and still allows it to be open for tours during the day. I would love to meet this man, because you just know anyone who would open up their house for tours must be positively giddy over the history of the house and want to share it. He's also apparently spent his life collecting the rarest, coolest, most insanely unique antiques and filled the house to the brim with them. I could have spent hours in each room, taking in not only the house itself but all the treasures inside of it. 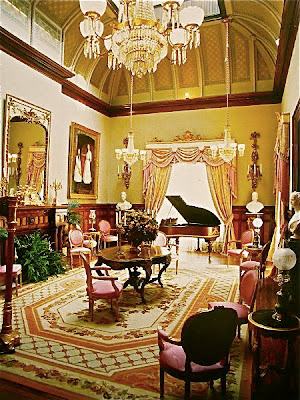 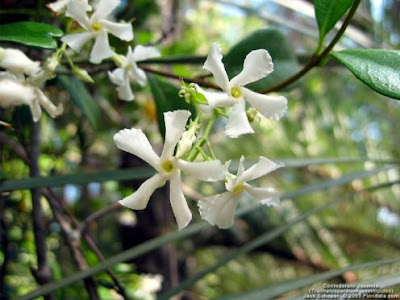 It may seem like a small thing, but it's just the most beautiful smell on this Earth. This time of year, the entire city smells like it. It's one of the many, many, many things I love and miss about Charleston. And I'm so happy I got to be back there, if only for a few days.

From The Accidental Cootchie Mama (a friend and Charleston blogger I faithfully follow), I skipped to Charleston Daily Photo, and from there to this post of yours. Loved it!! I've been away from Charleston for 3 years and this was a lovely taste of many things I've missed.