Back from Belize. And it was as gorgeous and relaxing and beautiful as it was last year, if not more so. More on that later. But first some (random) things.

-I may be a little late to this party but Florence and the Machine's album "Ceremonials" just completely crushes me. I downloaded it a week before Belize and I almost can't handle how good it is.

Shake it Out is one of those songs I can listen to again and again and again. Do you have those songs? That one you just hit play on as soon as it's over, that you almost get a little irrationally sad over during its last few seconds, because it's that ridiculously good that you don't want it to end, you just want it to continue, be permanent. The whole album is like this. I am head over heels in love with it in a way I haven't been in love with a CD in a long time. It is a CD (does it make me old that I still call it a CD?) designed for car rides, for driving around the block a few extra times just so you can catch the end of a song.

-On the topic of soul crushingly good pop culture, Breaking Bad's last eight episodes started Sunday. I watched the first of these episodes two nights ago since Sunday night I was stuck in the Atlanta airport for 5 hours. And you guys. You guys. I just can't. Television shouldn't be this good. The last few minutes of the episode, I straight up sat upright on the edge of my bed, leaning forward, holding my breath. A unicorn wearing a poncho could have wandered into my room and I just would have given it a glance and then gone back to watching that last scene of Breaking Bad, because Breaking Bad would have been the more captivating of the two.

And Aaron Paul's Jesse Pinkman. If he does not make it through the end of the show alive I don't know if I can emotionally handle it. I don't know how Vince Villigan has made me so desperately care about a character who has made and sold meth, murdered, and done some other very bad things. But I do. Oh all I want is for Jesse to make it out of this series somehow intact.


-Tom's has tempted me all summer with its crochets and its wedges, but I've been uncharacteristically frugal and resisted. But no longer. Tonight I splurged. 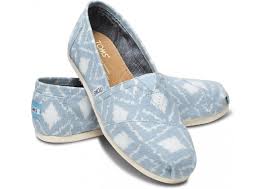 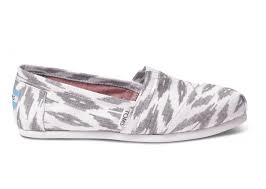 So these Ikat print Toms are very similar, yes I admit. But one is light blue! And the other is gray. TOTALLY different. For example I could not wear those light blue with say, a pink top. Gray on the other hand...

Whatever. I just gave not one, but two barefoot children in Africa shoes (probably not Ikat print), so I completely justify buying both pairs.

And to my delight, I got a cool Alice in Wonderland tote bag because I spent over $75. I love me a free tote.

-Last but not least Hardywood just came out with a Blackberry beer. 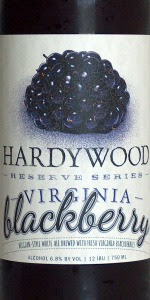 I had some the other night, and it is as whimsically delicious as I hoped. I love a good fruit beer. Last year Hardywood came out with a strawberry beer so good I wanted to swim laps in a giant barrel of it. I think Abita strawberry beer is one of the most fun beers to drink in the world.  Don't even get me started on the subject of pumpkin beer. So I was so excited about this blackberry business that I may have had its release on my calendar. And it did not dissapoint. The blackberry taste is actually not that strong, but it's just present enough to be a delightful little surprise in the midst of a traditional Belgian white ale