So I spent the majority of this weekend writing a paper about cholera in Haiti, doing taxes (the bane of every freelancer's existence-why must the government treat me like a small business and make my life so complicated?), writing two freelance pieces, and studying for a big Adult Nursing Science exam. But shockingly amidst all that I managed to squeeze in a lot of goodness. 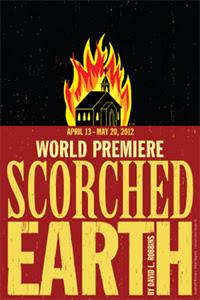 -Friday night dinner with the boyfriend at Mekong (got a Mien Ga-or Vietnamese chicken noodle soup-appropriate since I'm fighting off my right on time end of every semester cold-and nice because the soups at Mekong are so huge I took home leftovers which I just ate for my Sunday supper :) ). After Mekong we went to Barksdale (me with my critic hat on) to see Scorched Earth. I will keep mum on my thoughts for now, since I don't want to spoil my review (for all ten people who read it), but I will say it is awesome that Richmond can host a world premiere play by a local author. It is absolutely worthy of anyone's time and definitely worthy of this community's support, and I recommend anyone head to Barksdale during the run. 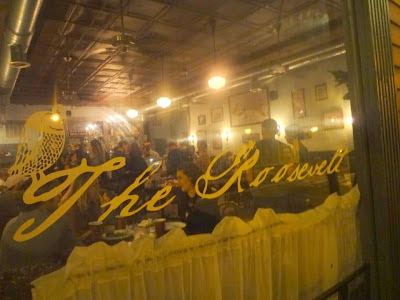 -Saturday night I went with my mom to The Roosevelt in Church Hill, which I've been dying to try. I really love Church Hill, with its quiet, village like streets and pretty hill top views, and do not spend anywhere near enough time there. Plus I'd heard nothing but praise about The Roosevelt. And it delivered. I tried my mom's starter of shaved beets and apple salad with fried oysters-and heavenly. There is nothing this former Charleston resident loves more than a good fried oyster, and it is an art form to get it just right, an art form Richmond does not do as well as my Charleston. But this, this was Charleston quality fried oysters. For my entree I had trout with mushrooms, and the trout was so perfectly cooked-flaky and tender, with crispy, salty skin that I actually ate (I never eat fish skin!). The mushrooms and broth that came with it were a party in my mouth. But one of the best parts was this mustard relish on top, which I took one bite of, and boom I was in Thailand. I don't know what ingredient I tasted that brought me back, but it was instant and complete in that way that taste memory is-how you can eat something and in one bite, be transported, in your heart and soul, somewhere in your past, with all of the other feelings and sensations that come with it. So that was awesome-a mini time travel back to Bangkok. I will definitely be back to The Roosevelt because I want to try everything else on the menu, especially the sauteed soft shell crab, peanut butter pie, and cornbread with honey vanilla butter. And I almost just passed out from food delirium typing the words "honey vanilla butter." 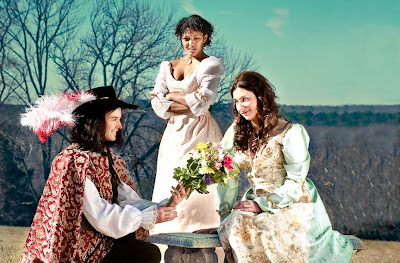 -After dinner we went to Henley Street Theatre's The Liar at Center Stage. Oh, I really, really loved this play. I was a little frightened by the whole 17th century French farce thing, but the way David Ives adapted and translated it, it's not only hilarious but fresh and modern and so, so sharp. I wished I had a rewind button for this play just to luxuriate in the insanely verbal, tongue twisting, rhyming dialogue that was so expertly performed by a stellar cast. This was a word nerds playground-just a luxurious tide  of language, chock full of dirty jokes and innuendoes and enough clever, rapid fire word play to make Aaron Sorkin's head spin. I was so excited to see Matthew Mitchell in the lead role. I was gobsmacked by how good his performance was earlier this year in Kimberly Akimbo, and I was similarly gobsmacked last night. He's fast becoming one of my favorite Richmond stage actors to watch.
So despite all the work, I did manage to fit in some fun. And thank God for that, because finals are fast approaching and with them all hopes of a social life for two solid weeks.
However, the end is in sight, and I will spend my summer frolicking in sun dappled meadows. Or napping. Drinking wine and then napping.
Posted by Unknown at 8:30 PM

Watch for my profile on Matt in Style next week. Awesome actor and really nice guy too.