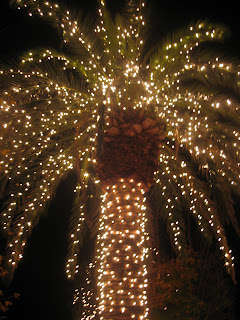 
Incredibly Random Side Note: So Project Runway this season is killing me! And the problem is that for the first time I genuinely like all of the contestants (okay well Victorya is a little cold and Ricky is the cryingest crybaby that ever did cry) but other than those quibbles everyone seems good natured and decent. Reality show contestants aren't supposed to be likable across the board. It's why America's Next Top Model is so enjoyable because half those girls are either crazy, severely deluded or just plain idiotic. When one gets sent home I can giggle and change the channel. But since Project Runway involves talented and creative people with actual ambitions for their lives besides being on television, it makes it very emotional to watch. Just this week I started out sad because Chris was gone and I loved Chris. Then I got even sadder because Jack had to go home because of medical issues and I loved Jack (and this is not just because the producers occasionally throw in a gratuitous shot of Jack in his underwear, I promise). Then I got happy again because Chris came back since Jack left although I was still sad about Jack, and well can't you see how this is taxing on a person such as myself? I really need a good Santino or a Wendy to break up all the love. I guess I'll just have to keep watching with a box of tissues next to me for now, until one of them reveals his or her evil side (Christian I'm watching you, you're tiny and your hair defies logic).
Posted by Unknown at 9:59 PM